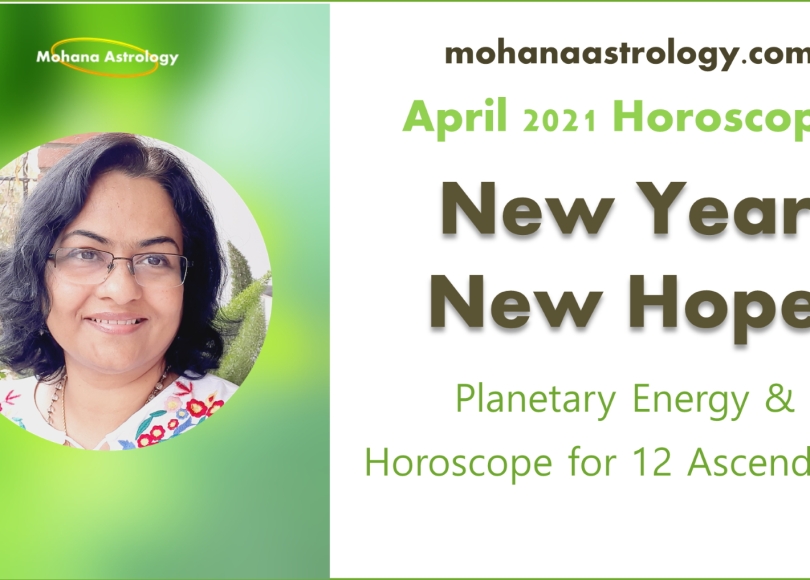 In April all planets expect Saturn and Rahu and Ketu are changing signs. Saturn remains in Capricorn, Rahu in Taurus and Ketu in Scorpio.

Click on this video link to know the results for all 12 ascendants in April 2021 on YouTube: https://youtu.be/KgULiHQ5bJI

Mercury moves to Pisces on 1 April and gets debilitated there. Mercury then moves to Aries on 16 April. It is a quick, short stay of Mercury in Pisces. During the entire month Mercury is combust. Jupiter moves to Aquarius on 6 April and this move ends its debilitated state. Venus comes out of exaltation and moves to Aries on 10 April, it remains combust for the entire month. The next important event is Mars’ moves to Gemini on 14 April and this sign wise breaks Kaalsarpa Yoga. Mars is also out of Rahu’s clutch. On the same day i.e. on 14 April Sun moves to its exaltation sign of Aries. In the second half of the month Mars is also forming Parivartana Yoga or sign exchange with Mercury from 16 April.

Therefore if I quickly sum up the transits, it shows quite a few positive traits in this month.