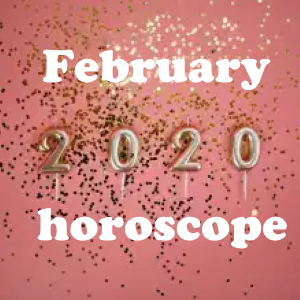 After a long time the month of February 2020 brings the energy of positivity. Saturn has already moved to its own house in Capricorn and once Sun moves to Aquarius on 13 February, Saturn will be alone and in full dignity. Sun will join Mercury in Aquarius and will be free from the influence of Saturn from 13 February. Venus is going to get exalted in the sign of Pisces between 3 February 2020 and 29 February 2020, a beautiful placement for Venus. Mars is in own sign of Scorpio till 8 February, then moves to the friendly sign of Sagittarius and joins Ketu and powerful Jupiter there. Jupiter in Sagittarius is now free from Ketu’s influence. Rahu and Ketu are placed favourably in Gemini and Sagittarius respectively. Almost all planets are in good dignity. This is also a month when placement of Jupiter, Saturn and Venus are creating Hamsa, Sasha and Malavya Mahapurusha Yogas respectively. Therefore, children born in this month will be born with these Mahapurusha Yogas in their charts.

There are a few points that are not very favourable this month.

These are creating some not so positive energies in this month.

Although Venus is exalted, it is being aspected by two malefics and therefore its benefic power is reduced to some extent. Saturn casts third aspect on Venus the entire month and Mars’ fourth aspect falls on it after 8 February. Rahu keeps aspecting Jupiter and Ketu, therefore Jupiter is not able to yield its full result but Rahu remains strengthened by Jupiter’s aspect.

Overall February brings some positivity after a long time and therefore enjoy the positivity in the air.